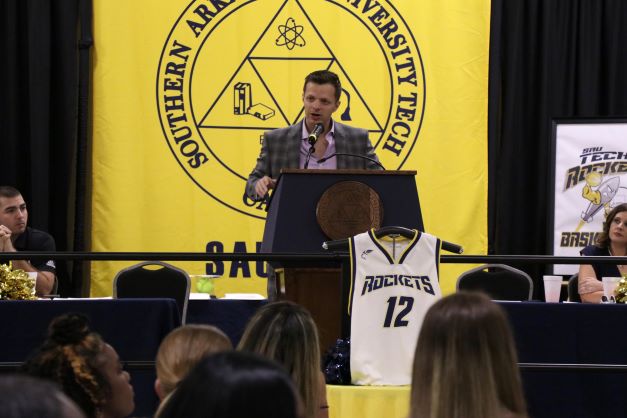 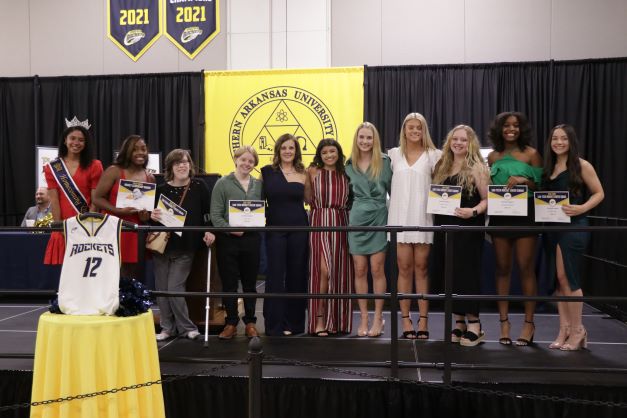 On May 3, 2022, Southern Arkansas University Tech celebrated the 2021-22 athletic season with a banquet to honor the athletes and donors. Each team was represented by the head coaches and players for the season. The ceremony also honored Jor'dan Shelton, a Rocket basketball player who passed away in a car accident at the end of the season. Dr. Jason Morrison, SAU Tech's Chancellor, presented her family with a Rocket Hall of Fame plaque and retired Jor'dan's jersey and number. The Chancellor also presented the 2020-21 men's championship team with rings that he and his wife, Stephanie, purchased for the players and coaches.

The following athletes received awards during the event: