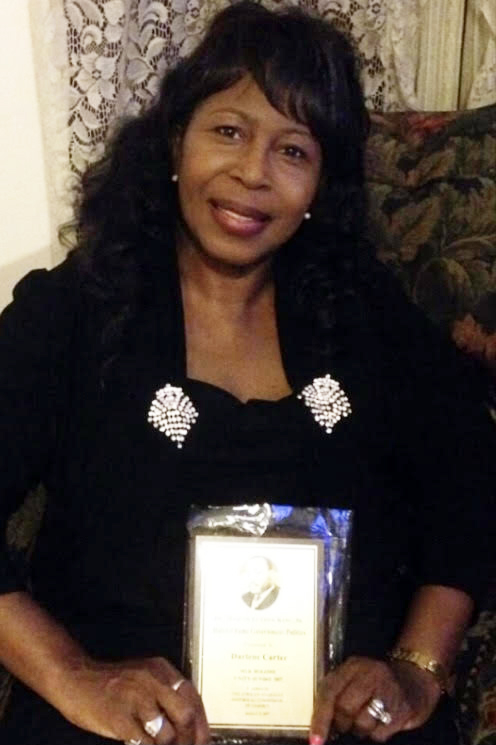 Darlene Porchia Carter was born in Camden, Arkansas (Ouachita County) to her parents Mr. Warren G. Porchia and Mrs. Onie Mae Strickland Porchia.
Darlene began her education at the age of three (3) at Lafayette Elementary School. She attended Fairview High School with the graduating class of 1975. In addition, she has attended several colleges and universities. Mrs. Carter began working at the age of 13. She worked very hard through the years as supervisor, manager, and executive director. Mrs. Carter was always interested in serving and helping people in the community. In 1992, she was the first black woman of Camden elected to the Camden City Board of Directors. Later, Mrs. Carter was elected as the first black woman Mayor of Camden, Arkansas (Queen City of Ouachita County).

In 2017, Mrs. Carter was inducted into the African American Historical Commission of Camden, Hall of Fame. Mrs. Carter received the MLK Award for Government and Politics. Mrs. Carter is married to her soul mate, Mr. Bobby Carter. She has one daughter, Tecora Carter Johnson, and two grandchildren, Jayla and Decoria.