Now retired living in Canada, Wai Kiu Yim, contacted the SAU Tech Communications Office to share his story about his time at SAU Tech. Yim graduated from SAU Tech, then Southwest Technical Institute, in 1970 from the Aviation Maintenance program. After SAU Tech, Yim earned his Bachelor’s of Science in Aircraft Maintenance Technology from Western Michigan University and a Master’s of Science in Mechanical Engineering from the University of Michigan. Yim, recently retired, worked at Bombardier, Eclipse, Gulfstream, Boeing and in the Space Station program.

Yim said as a native of Hong Kong he is often asked how he ended up in Arkansas. He indicated that he always told people he just got lost and ended up in Arkansas. He was the first foreign student at SAU Tech and he shared that the college accepted him and the tuition for the program was very reasonable. Yim said in his entire work career he was never without employment. Yim shared that he remembers the friendly people at SAU Tech and how his instructors were very nice and helpful.

SAU Tech has provided training for thousands of people since the doors opened in 1968. Are you one of our success stories? Share your story with us at www.sautech.edu/mystory 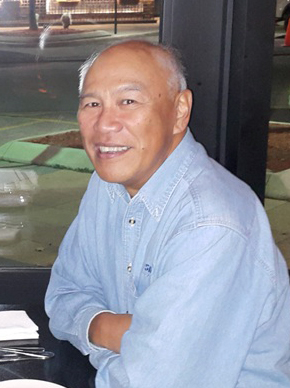