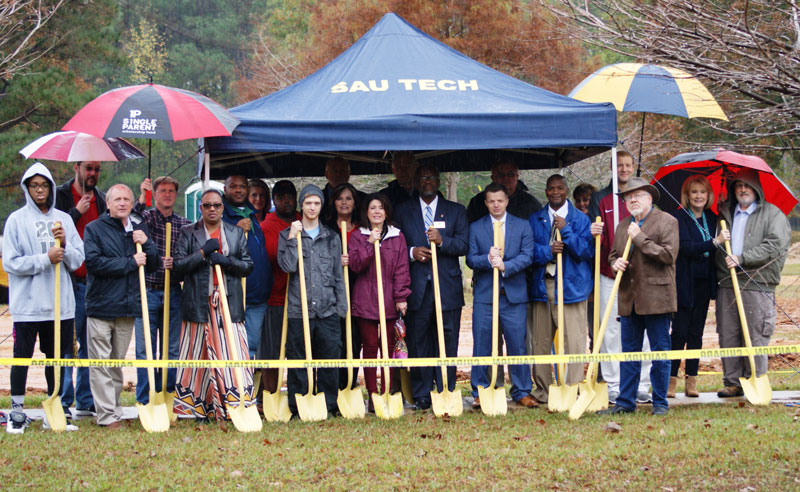 SAU Tech held a groundbreaking ceremony at the location of the College’s new student housing on November 8, 2017. The housing is being financed by the SAU Tech Foundation through Farmers Bank and Trust. The 48-bed unit is scheduled to be completed by June 30, 2018, and will expand SAU Tech’s housing capacity from 106 to 152 students.

Dr. Jason Morrison, SAU Tech Chancellor, stated that “ the new housing will offer a great place for Tech Scholars and other students who want to live on-campus while attending SAU Tech. It has been exciting to see all the hard work and dedication our staff and the Foundation Board have shown getting this project off the ground! We are looking forward to a spring ribbon-cutting.”