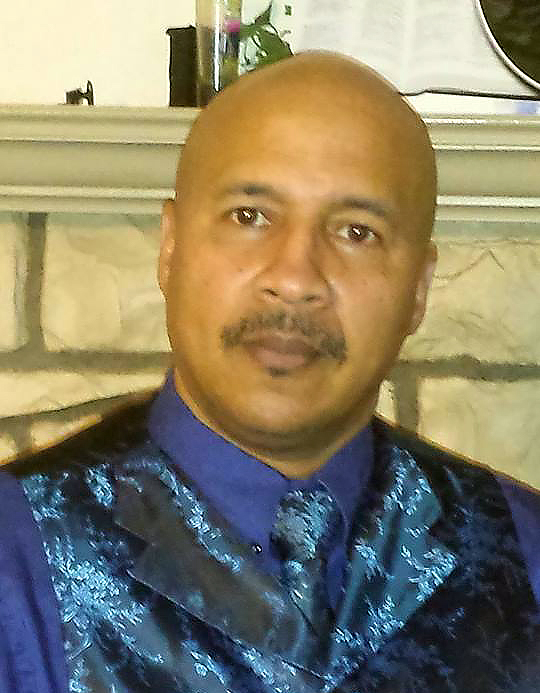 Reverend Fields is a native of Stephens, Arkansas, and is the November 2022 Betty J. Lewis Unsung Hero.

He graduated from Stephens High School in 1983 and then attended Dallas Mortuary Science, located in Dallas, Texas. He worked in the Funeral Service Business for approximately four years and then joined the United States Navy, where he served two years as a Navy Corpsman and two years with the United States Marines as a Field Medical Technician.

Rev. Fields is married to Pamela D. Fields, and they have a combined family that consists of three sons; Reginald, Geoffery, and Isaiah, and one daughter Jazmun. They also have three grandkids, Brooklyn, J’dyn, and Ka’wan.

Rev. Fields joined Peace of God Outreach Ministries (POGOM) in Waukegan, IL, under the leadership of the late Bishop Gary and Pastor Patricia Sterns. As he grew, he served as an Usher and later was promoted to a Deaconship and then Minister. While at POGOM, he started the first Boys Praise Dance Team, Nursing Home Ministry, and Street Ministry. With Compassion to Evangelize, he was trained in Phone Ministry; attended training to grow in learning to Evangelize and Teach Evangelism. He graduated from Columbia College with an AA degree and has credits toward His degree in Pastoral Studies. He was then elevated to Elder in 2009.

The Lord directed him to move to Arkansas in 2010. Here he served under the Leadership of Dr. Roy Jones Jr. at St. James AME in Camden, Arkansas, where he served as Youth Leader and held Youth Bible Studies and Children’s Church as part of the worship service. He continued to be active in visiting and shut-in, Evangelism, and discipleship while at St. James AME. In September 2011, the Lord shifted him to move to the Baptist Community, where he joined Mt. Zinia MBC in Stephens, Arkansas, under the Leadership of Pastor Alonzo Roy. While at Mt. Zinia, he organized Vacation Bible School, conducted Wednesday night Bible Studies, and was Responsible for Youth Choir. In February 2012, he was called to Pastor at New Haven Missionary MBC in Camden, Arkansas, where he is currently serving as Pastor. While at New Haven, there have been several Ministries started under his leadership, which include: Anointed Praise Dancers, Children Of Christ Praise Dancers, Puppet Ministry, Single Parents Ministry, Food and Clothing Pantry, and the Street Ministry.

His Anchoring Scripture: Matthew 6:33, But seek ye first the Kingdom of God and His righteousness, and all those things shall be added unto you.